Objects in 3D can be transformed to alter how they are viewed. Below are the three most common transformation operations.

Transformations occur on three axes - X, Y and Z. Clara.io uses a right handed coordinate system where X points right, Y points up and Z points out of the screen.

There are two methods of transforming an object.

Manipulators are visual handles that allow you to drag the mouse to perform transformations. They are accessed by using the Move, Rotate, and Scale tools in the Selection Panel.

These tools display a manipulator over the current selection and will transform all selected objects.

Each axis of the manipulator is colored for easy recognition.

In the case of Move and Scale, between each pair of axes exists a square representing a plane defined by two axes.

To use a manipulator, click and drag over one of its axes or planes. This will turn the axis or plane yellow and transform the object in that direction. 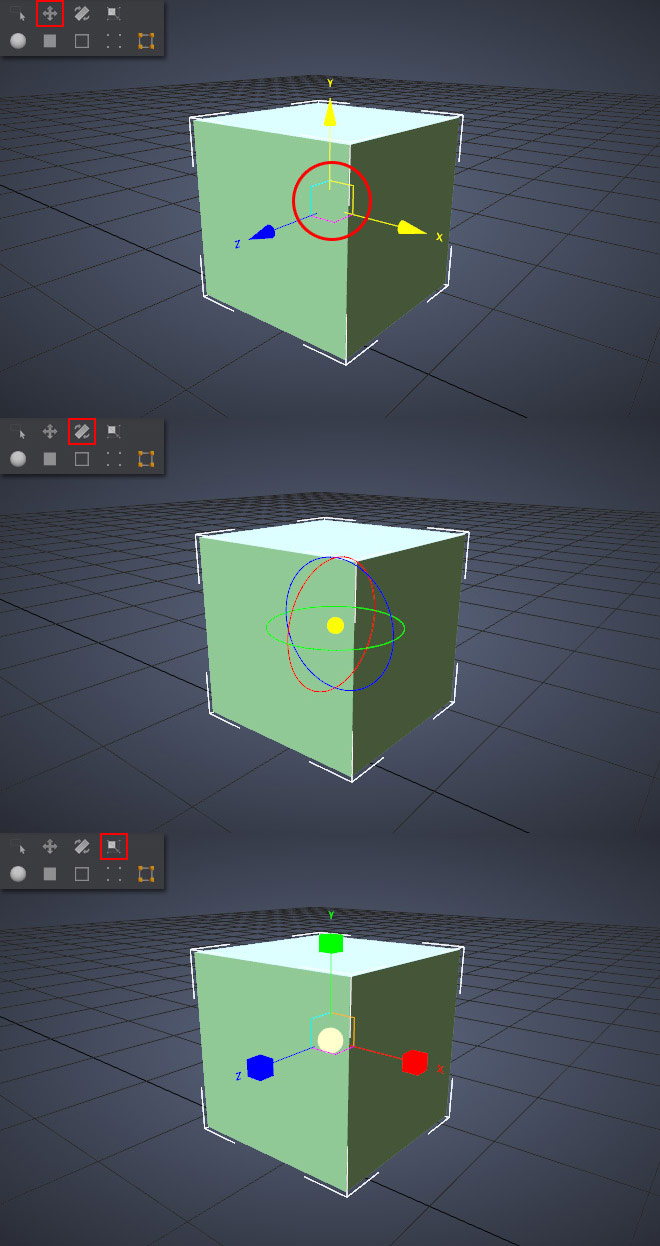 The second method of transforming an object is to use its Transform Properties (found in the Properties panel under the Transform rollout). Here, Translation, Rotation and Scale are represented as XYZ fields and can be manipulated numerically. This method is recommended for precise operations. These fields can also be handled by dragging up or down from the field. 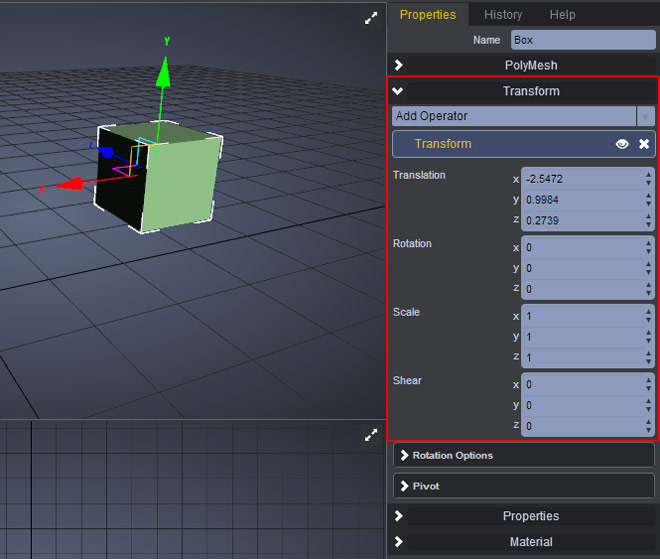 The Transform Coordination feature allows you to choose between World (also known as Global), Local, and View. You can learn more about these features here. 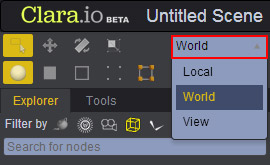